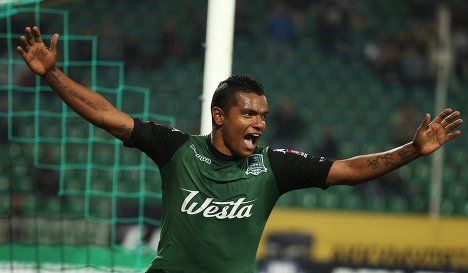 Wánderson is a Brazilian top striker who came to Sweden and GAIS 2007. He won the scorer list in Allsvenskan 2009 with 18 goals. He went to Al-Ahli 2010 but returned to GAIS after 1 year.

2013 he was signed by the top russian team FK Krasnoder where he quickly became one of the most importent players in the team. In the same season he became top goalscorer in the Russian Premier League. This spring he extended his contract untill June 2017 by the top club FK Krasnodar. He signed for FC Dynamo Moscow in June 2017. End of January 2018 he signed for Turkish first league team Alanyaspor.