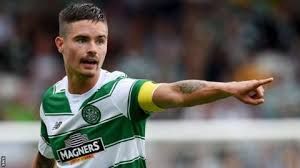 Mikael started his senior career at Umeå FC before he moved to Gif Sundsvall where he was an important team member in Superettan and Allsvenskan. After 4 good years in Sundsvall he moved to the Norwegian top team Rosenborg BK and made himself an name in Europe after great performances.

2012 Mikael joined the Scottish top team Celtic FC and is one of the key players in the squad. Recently he signed a new contract with the club until summer 2019.

Mikael is also an imoportant team member of the swedish national team and playes so far over 50 caps and was selected int the Euro 2012 and 2016 squad.