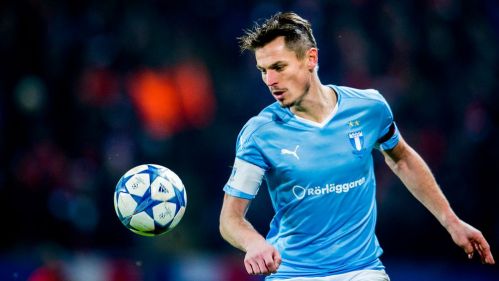 Markus made his debut for Malmö FF in Allsvenskan 2001, 18 years old. 3 years later he where on loan to Halmstad BK and finished second place after Malmö FF in Allsvenskan. Markus made a fantastic year and won the scorer list with 14 goals. 2005 he signed with the Dutch top team AFC Ajax and had 2,5 great years in the team. 2007 he joined German Bundesliga club Werder Bremen and during his years in Bremen he became one of the clubs most important players and scored 40 goals in 122 games. He also played 1 season on loan with Spanish La Liga club Racing Santander 2010/11 and 2 years in England and Premier League club West Bromwich before he decided to move back to his hometown Malmö and Malmö FF. Back in Malmö he showed what a fantastic striker he is and helped the club to the Swedish championship title 2014 and 2016 and Champions League participation both 2014 and 2015. More to come. Markus was a team member in the World cup 2006, Euro Championship 2008 and 2012 squad and played 33 national games for Sweden before he decided to retire from the national team in 2014.