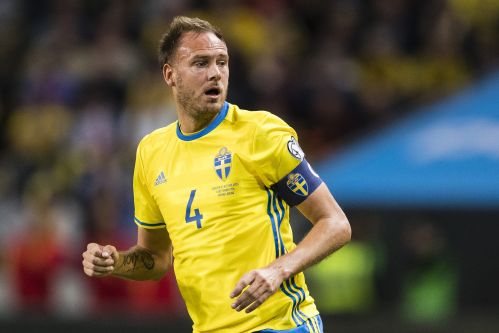 Andreas made a name for himself in Allsvenskan and Helsingborgs IF during 2004-2007. He joined English Premier League club Wigan Ahtletic FC and played one season there before he signed for Dutch team FC Groningen. In Holland he had three fantastic years and was for instance voted best player several times as well as selected in the team of the year in Eredivisie season 2009/10 and 2010/11.

2011-13 he played in Italian Serie-A team Genoa FC and where one of the most important player and very appreciated by the club and the supporters. Since 2013 he is playing for the Russian top team FK Krasnodar and is captain of the team.

Andreas was a team member in the Swedish Euro Championship squad 2008, 2012 and 2016. After Euro 2016 he was appointed new captain for the Swedish National Team after Zlatan Ibrahimović. Mad a great World Cup in Russia 2018 as captain for the nationalteam when the team lost the quarter final against England. Voted Sweden’s best defender two years in a row, 2014 and 2015. Won the Golden ball as best Swedish football player year 2017. Returned back to Helsingborgs IF summer 2018.