Martin Dahlin was at his prime considered as one of the worlds best strikers and in 2001 shortly after finishing his own carrier he founded the agency in order to help young, talented players on their way to becoming professional football players.

From his own experience, Dahlin knows that in order to reach the top level, a player must not only work hard but also have great support from trusted people around him to successfully navigate the ups and downs of his career. He established MD Management to do just that.

Having been fortunate enough to play for over a decade alongside world-class players, many of Dahlin’s former teammates and opponents also stayed in the football business after hanging up their boots. Many of them now work as sporting directors, managers, coaches, scouts and board members at elite clubs throughout the world. Such an unparalleled network allows MD Management to provide the players it represents with unsurpassed support throughout their careers.

About the Founder, Martin Dahlin:

Martin, started his career in Sweden at Lunds BK before signing his first professional contract with Malmö FF in 1987. During his second year with Malmö, they won the Swedish Championship and Dahlin won the Golden boot. In 1991, Dahlin signed with top German Bundesliga club, Borussia Mönchengladbach. It was there that Dahlin went on to have six great years, scoring 60 goals in just over 100 appearances, and winning the German Cup in 1995, In the same year, Kicker Magazine voted him as the Best Foreign Striker.

Dahlin also played in Serie A for Italian giants AS Roma, and in the English Premier League, for the 94/95 Premier League Champions, Blackburn Rovers. He finished his career in 1999 in the Bundesliga playing for Hamburg SV, retiring because of back problems. Dahlin is perhaps most known for his key role on the best Swedish National Team in its history. In the 1994 World Cup, Dahlin scored 4 goals making him the 3rd highest goal-scorer in the tournament, and helping Sweden to win the bronze medal. Over the course of his national team career, Dahlin was capped 60 times and scored 29 goals for Sweden between 1991 and 1998. In 1993, the Swedish FF honored him with the Golden Ball, naming him the Best player in Sweden.

In November 2016 Dahlin was selected in to the SFS Hall of Fame. 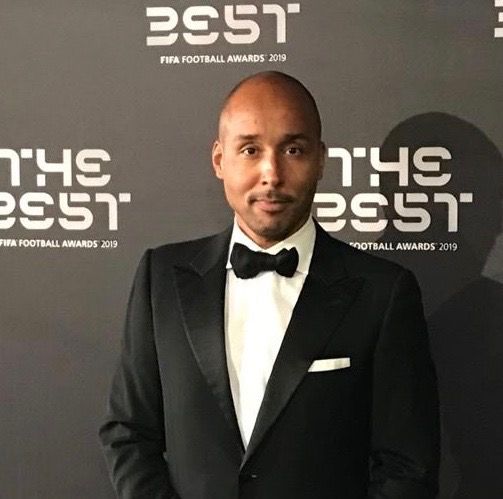 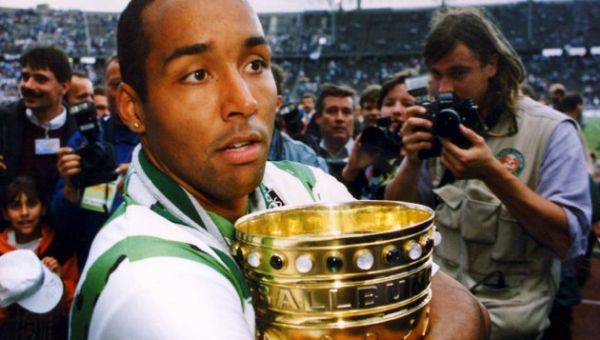 Celebrating the German cup title 1995 with Borussia MönchenGladbach in Berlin after victory against Vfl Wolfsburg.